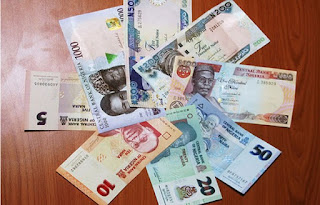 In 2020, Nigeria will be bidding farewell to the Naira as its official currency, as it looks to adopts a new currency called the ‘Eco’.

The Eco is a single currency that will be adopted by West African countries as from next year as part of the sub-region’s greater structural reforms.

The Eco is expected to be adopted on the first of July 2020, but since the concept arose in 2003, the target launch date for the currency has been postponed several times in 2005, 2010 and 2014. Countries in the franc region and other West African nations such as Nigeria and Ghana, which have their own currencies, have for decades debated creating their own currency, the Eco.

With the adoption of the Eco next year French speaking West African countries will ditch the CFA Franc which was established in 1945 and pegged to the Euro since 1999.

According to reports, the Eco notes will feature great African legends and showcase features of West Africa.

The official bank for the sub-region’s currency will be known as the Central Bank of West Africa.

There is no official value for the Eco currency yet and a specific launch date for the Eco has not yet been announced but it has been speculated that January 2020 is when the single currency will be launched.